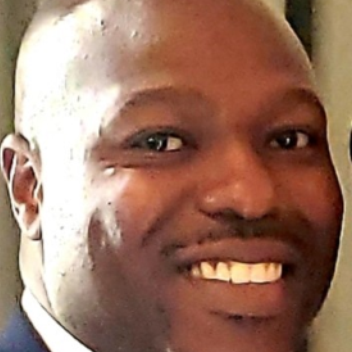 Moise Baptiste (pronounced Moi-eez) is a first-generation Haitian-American born in Miami, FL. He currently serves as a College Access Mentor for the Public Education Foundation. He also is the founder of Grandii Consulting(pronounced Grand-ee which means “growth” in Haitian-Creole). Through Grandii Consulting, he collaborates with P-12 partners, institutions of higher education and community stakeholders to help them better serve and connect with their students and families socially, emotionally, culturally and academically.

Moise played linebacker and coached the defensive line at both the high school and collegiate levels. He won three conference championships and coached on a national championship team in 2000 at his alma mater, Robert Morris University,in Pennsylvania. Before moving to Chattanooga in 2013, he was a Social and Cultural Foundations of Education professor at Miami University in Oxford, OH and Ithaca College in Ithaca, NY. He has served as the Global Director of Educational Affairs for the Haitian-American Caucus in Haiti and Executive Director of Student Affairs at the University of Tennessee at Chattanooga.

Moise is currently training to be an ultramarathoner and is the founder of the Wakanda TrailblazUS trail running/hiking group which was created to promote an inclusive outdoors community for people of color.

He holds a Bachelor’s degree in Communications, Master’s degree in Business Education from Robert Morris University, and a Ph.D. from Miami University. He is married to Dr. Shewanee Howard-Baptiste, an Associate Professor in the Health and Human Performance Department at the University of Tennessee at Chattanooga.