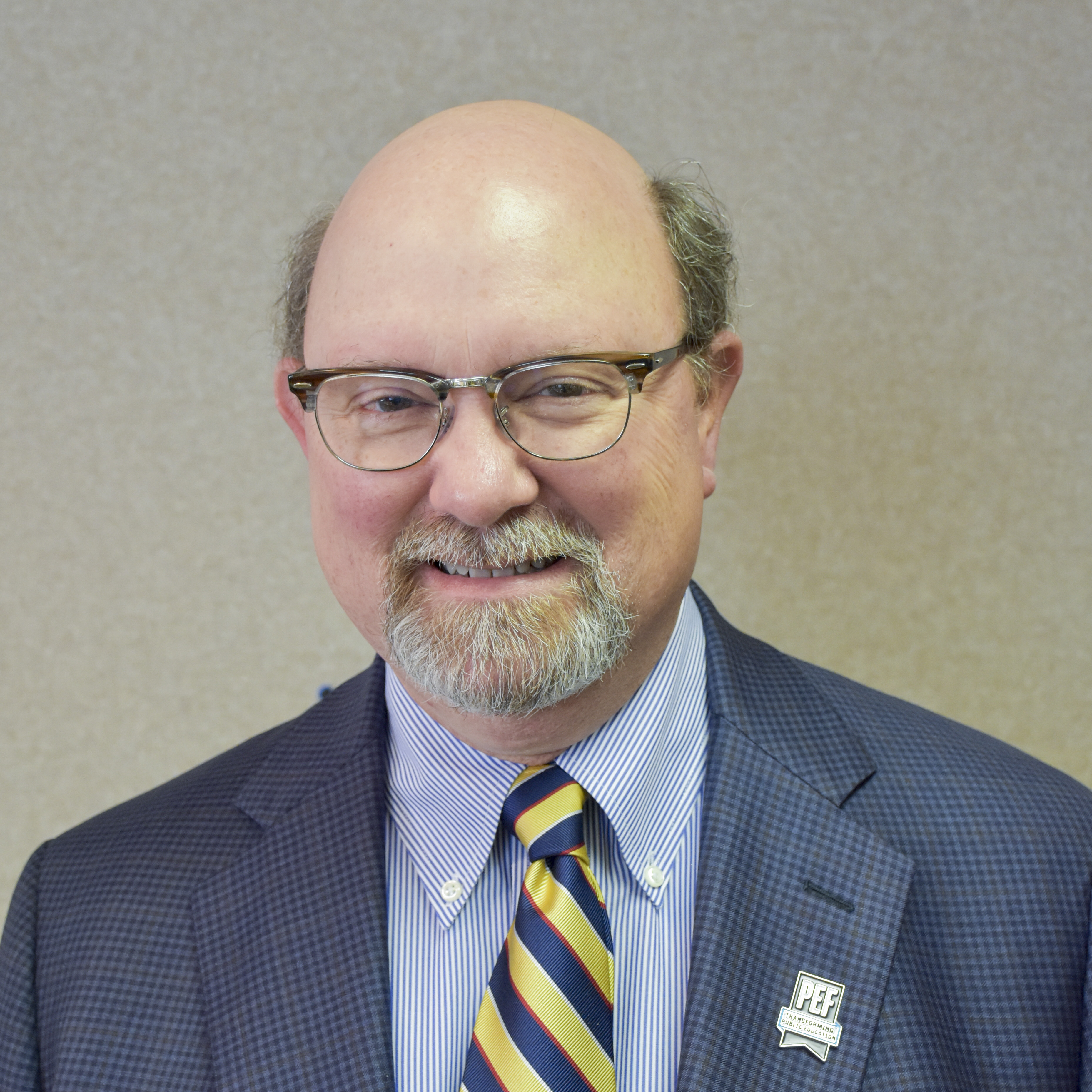 Larry is responsible for the finance, operations, human resources, and IT functions at PEF. His primary objective is to provide support to his PEF colleagues in a manner that helps them reach their goals. Larry has stated many times that he feels fortunate to work with a team of such talented and dedicated people.

Larry earned his CPA license in 1985 and became a member of the AICPA and the TSCPA that same year.He also earned both the CPLP (retired) and the CGMA credentials in 2012.Currently, Larry serves on TSCPA Council and is a member of the TSCPANominating and Professional Ethics committees. Over the years, Larry has enjoyed serving in leadership positions on numerous boards as President of The KiwanisClub of Chattanooga, The Association for Visual Arts, New Life Homes, SeniorsNeighbors, Chattanooga Chapter of TSCPA, and as Treasurer of American Red CrossChattanooga Chapter. As a member of the inaugural class of The Bill Holmberg Arts Leadership Institute, Larry is known as a “Holmie” in certain circles. Larry’s work experience includes many years in public accounting with a large regional firm where he advised clients in numerous industries, including nonprofit organizations, and later served as Director of Talent Development. Larry graduated from Furman University where he earned degrees in English and Music, concentrating on 20th century poetry and conducting. Prior to his studies in business at GeorgiaState University and UTC, Larry taught English and Drama at Southwest DeKalb High School. Larry has also served as adjunct professor at local and regional colleges, teaching courses in both Accounting and English.

Larry is a Chattanooga native who enjoys golf, cooking, day trips, and reading two, maybe three pages of a history book before falling asleep each night. Like many, he was never as good a golfer as he thinks he once was. And although he can barely draw a stickman, Larry loves art and believes that art is an integral part of both education and community. Larry has the great fortune of being married to Debbie, who he has known since kindergarten. They have three grown sons, a grandson on the way, and the famous dogs Paladin and Yeager.